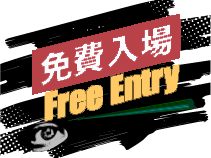 Through an exhibition of the corporeal from Taiwan’s visual art and experimental theater of the 1990s, the major annual C-LAB exhibition slated for October 2020, entitled Re: Play, will launch an exploration into corporeal expressions and behaviors that have become indicative of contemporary society. With live art as a foundation, the exhibition invites artists to intervene through performativity and to re-express the sensory state as it manifests in various temporal conditions by harnessing the power of language, the practice of performance, the movement of body, and situational site structures. These sensory states are concretely and subtly presented through the body, including bodies that are ignored or neglected, bodies that are requisitioned by the state, bodies that have been dispatched by neoliberal social structures, and bodies that have been trained and disciplined by daily life under a backdrop of historical specificity. On this foundation, the exhibition attempts to explore performative practice and momentum and how they appear by extension, through three distinctive approaches.

Re: Play is led by a team comprising of C-LAB curator CHUANG Wei-Tzu , along with guest curators WANG Po-Wei and River LIN. A group of 16 artists are also invited to participate in live performances and multiple exploration of archives, narratives, spaces, objects, and the body. Within this context, the exhibition is made up of 3 constituent parts: Archive on Live,  Display on Live and Performance Process, respectively planned and executed by WANG Po-Wei, CHANG Wei-Tzu, and River LIN.