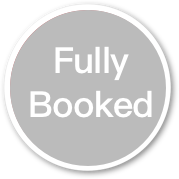 It manifests “feelings of adolescent girls always proffer poetry” on the book cover of Girl’s Notes that was published in 1984. It is still intriguing to read the book at our present time, particularly—“One must know that certain things should not be done while one is in love, such as kissing, caressing intimate parts of someone’s body, and having sex.” and “There is a narcissistic egomaniac in every man who desires to be depended upon by women. Even if you are an independent and capable woman, you still have to look lonely and helpless from time to time.”

Based on this book, SU started a feminist art and research project in 2018, Girl’s Notes Series. In “Girl’s Notes I,” she undertakes activities seen in our daily lives while being completely naked in the performance, during which she carries the book, The History of Beauty, on her head nearly the whole time; in “Girl’s Notes II,” some viewers are invited to go on blind dates and share intimate moments with her; in “Girl’s Notes III,” she acts out an autobiographical piece narrating the story of an adolescent girl growing into an adult woman. By translating texts into physical presentations with her own body and bodies of the audience, she intends to confront ideologies and inequalities shaped by the dualism of “sex/gender” in the current social and cultural systems through performances. In addition, she conducts field studies on the diverse situations of sexuality through touch treatments and Tinder, a dating app, both in Taiwan and internationally.

Naming the work as “Not Yet Titled,” SU highlights the undetermined process that is “impossible, unnecessary, reluctant to be defined” by using the term “not yet,” implicating that the research work of feminist cultural studies done in the last three years is left open for her to edit, revisit, and analyze. Bearing the idea “Not Yet Titled” in mind, SU invites those “self-identified as women” to rehearse together, to engage in dialogues, and to further depict the shapes and voices of contemporary feminist bodies via the means of collective work in collaborative project.